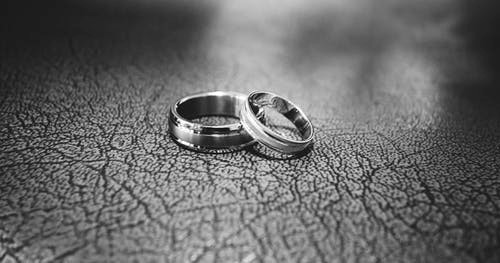 The strategy also aims to promote the increased use of digital solutions for families to access and legal professionals to participate in the family justice system (digitalisation), the increased use of non-court options to resolve disputes (Alternative Dispute Resolution)

New legislation will also be introduced to establish dedicated Family Courts and to formulate bespoke Rules of Court for family law proceedings.

The aforesaid reform is to be welcomed and certainly a step in the right direction.

If you would like to arrange a consultation or would like further information please get in touch with Mornè Gouws of our office via phone or email morne.gouws@mdmsolicitors.ie

The Civil Partnership and Certain Rights and Obligations of Cohabitants Act 2010 was passed into law on January 1, 2011. While the Act means that these couples are now afforded limited legal rights, it mainly addressed the rights of persons in same-sex civil partnerships, who now have rights similar to those previously enjoyed only by married persons.

Only one out of the 16 sections of the Act deals with the rights of unmarried couples. Additional rights have been conferred on a special category of long-term partners, referred to as ‘qualified cohabitants’. To qualify for these rights, a couple must have lived together for at least five years, or two years if they have had children together, provided neither of them are married and less than four years separated from that spouse.

Qualified cohabitants who break up after January 1, 2011, may now apply to the courts for various financial reliefs: A maintenance order, either periodic or lump sum; a Pension Adjustment Order; and a Property Adjustment Order, which allows a court, if satisfied that sufficient contributions have been made, to transfer all or part of a property into their sole name. These orders are pretty much identical to those made in divorce and separation cases.

However, a cohabitant must first prove financial dependence on the other cohabitant, either during the relationship or as a result of its ending. The courts will not make financial orders in favour of a financially independent cohabitant.

Also, it is worth noting that if the cohabitant from whom financial relief is sought is married to another, the interests of their spouse will be given greater priority.

Some couples have decided to ‘opt out’ of the act by entering into a Cohabitation Agreement that sets out in advance how they intend to deal with their financial affairs should they break-up. Both parties must have received independent legal advice, or confirmed in writing their refusal to do so, for an agreement to be valid. The Act does not refer to any requirement for financial disclosure before signing such an agreement. A Cohabitation Agreement will at least protect couples from the unknown should their relationship not work out and it may take the pressure off couples who do not wish to have the pressure of this legislation during their relationship, however it should be borne in mind that the court still has an overriding power to go beyond any cohabitation agreement if it is in the interest of justice to do so.