The Irish High Court has recently held that a Defendant was not obliged to disclose CCTV recordings of an incident to a person identifiable on the recording who claimed damages for injuries resulting from that incident in the case of Dudgeon v Supermacs Ireland Limited (2020) IEHC 600.  The Plaintiff had ordered food and sat on a chair which broke resulting in her falling to the ground.  Supermacs claimed that discovery of the CCTV footage was only being sought on behalf of the Plaintiff to verify her own version of events in preparation for her giving direct evidence at the Trial.  In a Defence filed by the Defendant they stated that it did not require the Plaintiff to prove that she had been present on the Defendant’s premises on the date of the accident or that she had been seated on a chair that had broken.  The Defendant had failed to preserve the chair and also failed to give any explanation as to why it had not retained the chair in question.  It was submitted that in this case one of the central issues that would fall for determination of the Trial of the action was the issue as to whether the Plaintiff had in fact fallen onto the ground in the manner as claimed in the Endorsement of Claim.  The Court found that the fact that the broken chair was no longer available for production to the Plaintiff’s Engineer or available as an exhibit at the Trial was not relevant due to the fact that liability was not an issue between the parties.  The Court was of the opinion that the purpose for the Plaintiff seeking discovery of the CCTV footage was to enable her to see in advance of her giving evidence and undergoing cross examination whether her assertion that she fell to the ground was correct.  As such the Discovery material goes exclusively to the issue of the Plaintiff’s credit and on that basis the Court found that it was not appropriate to order Discovery of documents and other material which solely go to the credit of a party or witness.  The Court found that it was not a case in which the Plaintiff could not establish liability without access to the CCTV footage and may be a situation where a Plaintiff suffers an injury which renders them unconscious or otherwise prevents them being in a position to give a full account of the accident in which circumstances Discovery of CCTV footage may be vital particularly when liability remains an issue between the parties.  Accordingly, the Plaintiff’s application was refused in the circumstances.

However, the Office of the Data Protection Commissioner published a note following the judgment stating that the case did not affect a person’s right under the GDPR and indeed under the Charter of Fundamental Right of the EU and that this decision is in the context of the law of Discovery and does not relate to Data Protection Rights.  Therefore, a Data Controller remains obliged to fulfil access requests in relation to CCTV footage and are subject to a restriction under the GDPR of relevant data protection legislation.

The Irish High Court recently held in the case of Ladislav Kunzo v Kepak Longford Unlimited Company (2021) IEHC 180 that an accident investigation report form completed by an employer following a work place accident was protected by litigation privilege.  The Plaintiff was employed by Kepak at their meat processing plant and he suffered a back injury which rendered him unfit for work.  The Plaintiff sought Discovery of the accident report and Kepak asserted a claim of legal professional privilege over the document.  Kepak contended that they treated each and every accident in light of the fact that it would probably give rise to a claim and that it was clearly stated on the top of the accident report form which had been filled out by the Investigator in this case that such investigations were carried out in contemplation of litigation.  The accident report forms included an interview with the injured party and any relevant witnesses, together with photographs of the scene of the accident all of which would be forwarded to the Company’s Solicitors.  Mr Justice Barr stated that in order for litigation privilege to arise it was not necessary that proceedings be in being prior to the document coming into existence nor was it necessary that proceedings had been formally threatened against the party claiming the privilege.  He felt it would be sufficient if the documents were produced because legal proceedings were reasonably anticipated by the Defendant.  Therefore, on that basis Mr Justice Barr held that the accident investigation report form in this case was covered by litigation privilege and it was an accumulation of a detailed investigation carried out by personnel on behalf of the Defendant and it was not a form that was created for submission to the HSA but was in fact the report of a comprehensive investigation into the circumstances of the accident in preparation for anticipated litigation.  The Court was of the view that the report was in fact generated primarily for the purposes of seeking legal advice.  While each case is decided on facts this decision is useful in assisting employers in understanding how they can satisfy the test of litigation privilege in the context of its accident investigation forms and related documents.

The decision will prove useful to employers in relation to measures which they could/should take in order to preserve litigation privilege such as the following: 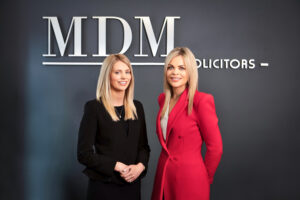