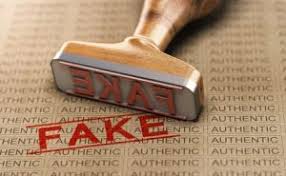 With the introduction of the Judicial Guidelines on the 20th April 2021 as enacted through the Family Leave and Miscellaneous Provisions Act 2021, S. 20 of the Personal Injuries Assessment Board Act 2003 and S.22 of the Civil Liability and Courts Act 2004 were both duly amended.  This has the effect of abolishing many minor soft injury claims from the remit of the Circuit Court to the District Court. Running such a claim in the District Court will not garner the interest of many solicitors as the costs associated will not make it worthwhile.  This is because the jurisdiction of the District Court cannot exceed €15,000.00 which ultimately means lower legal costs.  The net effect of this, it is hoped, is less claims for minor soft tissue injuries.  However, the other aspect of this is the potential for claimants to exaggerate their injuries.

In the UK this is an offence under S.57 Criminal Justice and Courts Act 2015 with penalties ranging from dismissal of the claimants claim to custodial sentences for Contempt of Court.  This is highly effective in deterring exaggerated claims and associated fraudulent activity.

In Ireland, a defendant can rely on S.26 of the Civil Liability and Courts Act 2004 which has the same ethos of deterring false and exaggerated claims.  However, it falls short of enforcement and does not contain the same bite as of its UK equivalent.  However, a recent tactic deployed by defence lawyers is to admit into evidence surveillance taken of the claimant demonstrating a conflict of what was claimed of injuries suffered to a defence medical practitioner.  This in turn usually results in a claimant withdrawing his case, his/her solicitor coming off record and a Notice of Discontinuance being filed into Court.  In the UK, rather than bearing their own costs, Insurance Companies are now applying for a stay on the Plaintiff withdrawing their case until a Costs Order is made against them.  This has the effect of deterring opportunistic claims for exaggerated injuries.

It is interesting to note that when fraudulent claims in the form of exaggerated injuries are proved to a Court then the Court has the power to dismiss the claimant’s case unless it would cause an injustice.  S.26 has several hurdles for a defendant to overcome.  Most notably is the threat of an award of aggravated damages against the defendant if S.26 is not relied upon properly.  Therefore, there must be a clear finding of fraud against the plaintiff before the defendant should entertain a S.26 application before the Court.  The most useful effect of a S.26 application is its threat in settlement negotiations.

With the introduction of the Judicial Guidelines comes the potential for a high level of exaggerated claims so that such claims can be run in the Circuit Court as opposed to the District Court.  While insurance companies are currently examining their anti-fraud departments, the use of both private investigators and S.26 applications will be intensified to send out a message that such claims will not be entertained.  The practice now of keeping a claim open until a Costs Order is awarded against the plaintiff will send out a message that such claims will not only be dismissed but an opportunistic plaintiff will have a judgement registered against them which will someday be realised.

At MDM Solicitors, our anti-fraud specialists advise our London market clients on the best tactics and strategies to employ to deter and ultimately reduce exaggerated claims.  If you have any concerns in relation to exaggerated or fraudulent claims tel: 00 353 (0) 21 2390620 or email: anthony.shields@mdmsolicitors.ie for specialist advice in this area.